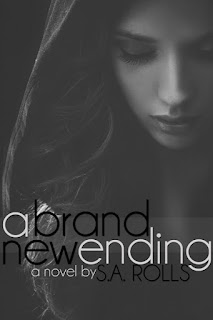 Synopsis: "Phoenix Harper never imagined her life would come to this: A life not worth living anymore.
After a failed suicide attempt, Phoenix is sent to be observed at a local psychiatric hospital. There she meets Braeden Harris, a hospital aide with his own haunting past. Not long after their first encounter, they feel an unexplainable pull towards one another. Will fate bring them together, or will outside forces tear them apart?"

Excerpt:
"I don't want to go anywhere, Braeden. Wherever you are is where I want to be."
I think my heart does a back flip. "You have no idea how happy that makes me, hearing you say that."
She gives me a sly smile, her fingers playing in and around mine.
"Can't describe how amazing this feels," she speaks. "I've never had anyone care for me like you do."
"That's a shame," I respond quickly. "You deserve so much more than that."
"Do I?"
I lean over her so that our faces are close but I make sure to do it gently, afraid that she might retreat from my touch.
"Yes," I say softly as our eyes are locked on each other.
We hold our position and I can tell she is nervous, but I want her to make the first move. I made the mistake of pushing it on her the first time and I won't be doing that again. I can feel the heat of her breath on my face, its oddly intoxicating. But I hold still. I start to count the number of my heartbeats when I suddenly feel force against my lips. I hold back the smile, my hand coming up to cup her cheek. I start to move my lips against her, the waves of ecstasy flowing through my body. After a second, her lips start to move in unison with mine. I've kissed lots of women, but it's never felt quite like this. I don't know how long it lasts, but I refrain from sticking my tongue in her mouth, fearing that may be too much. I then swear I feel her moan in my mouth, and it's the most incredible fucking turn on I have ever heard in my life. She must have realized it too considering she pulled her lips off mine, her hands coming up to her mouth. 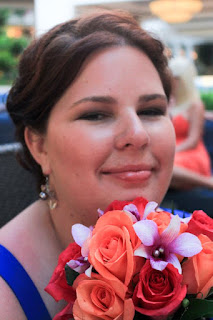 Author Bio: "S.A. Rolls is a native of the Bay Area, where she attended culinary school and obtained a degree in baking and pastry. When she is not baking, she spends her time reading and writing. Stephanie reads anything - from biographies of her favorite president to the most popular YA series. Inspired by her surroundings, she has written her first novel, based in San Francisco, her favorite city. She currently lives with her boyfriend and their five-year-old pug."
Posted by Cathy Spencer, Author at 15:18