Looks like the boys are in a lot of trouble.
Can you name the two stars of this action/adventure movie
and the film's name?

Last week's film was The Goodbye Girl,
starring Richard Dreyfus and Marsha Mason.
Richard won the Best Actor Academy Award for this 1977 movie,
and, at thirty, was the youngest actor to ever win in this category
until Adrien Brody won for The Pianist twenty-five years later. 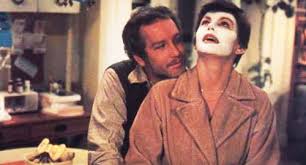 Posted by Cathy Spencer, Author at 04:03