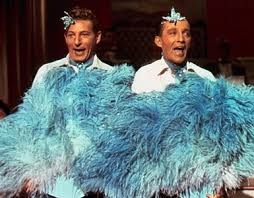 Since I am limiting myself to just three weeks of classic Christmas films this year,
today's choice was a tie.
That's right, I couldn't decide which film I preferred, so I'm including them both.
One of them is a musical with a big cast and splashy song and dance numbers,
and the other is a small, black and white film that spawned two remakes,
In the Good Old Summertime (which mostly takes place at Christmas),
and You've Got Mail.
If you can guess both movies, have an extra big glass of eggnog!


Last week's movie was Meet Me in St Louis, starring Judy Garland.
The song which she made so popular was "Have Yourself a Merry Little Christmas."

Posted by Cathy Spencer, Author at 14:16