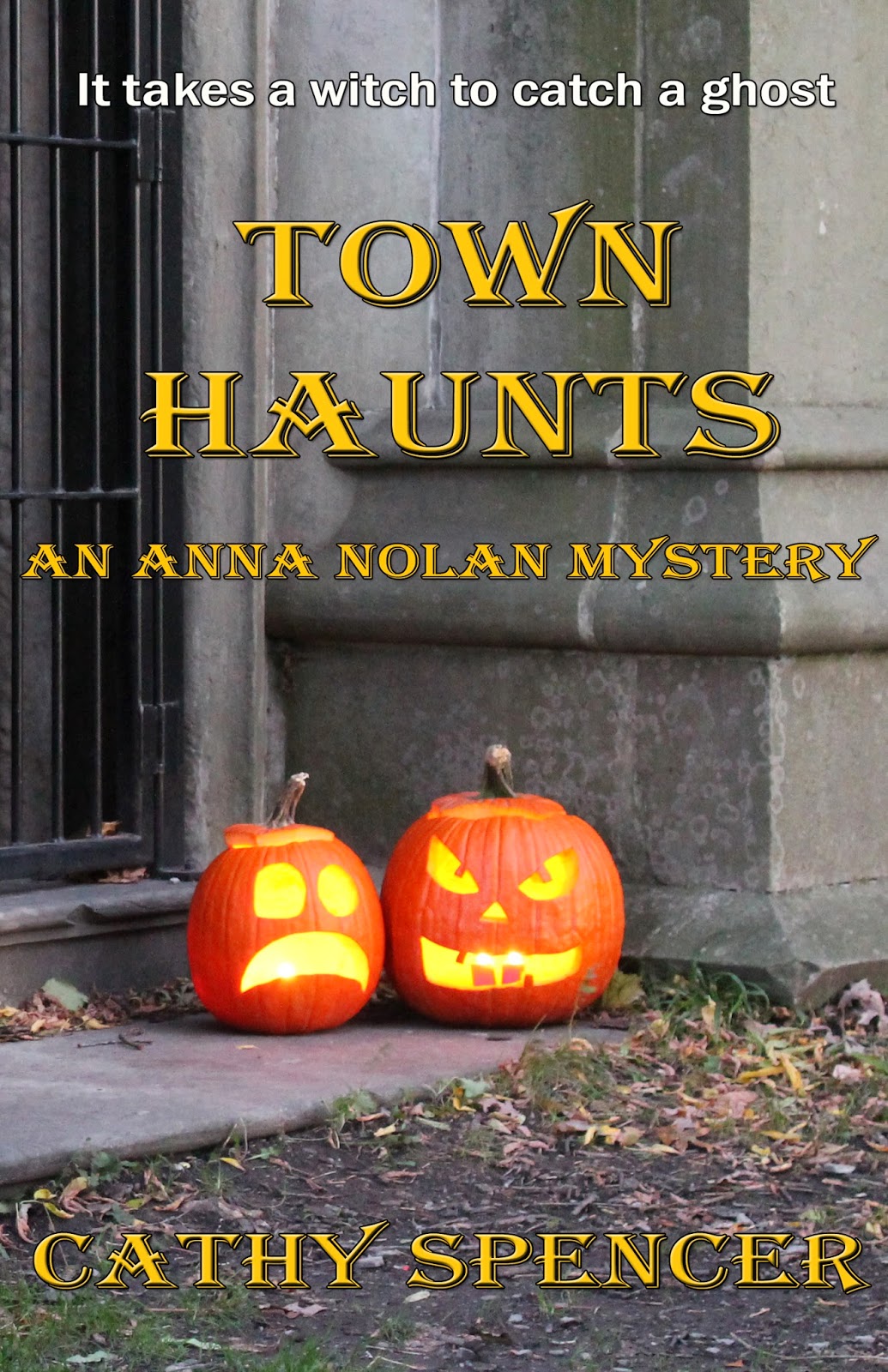 Here's a 2-chapter excerpt from Town Haunts, coming out on Feb. 28. Available as a pre-order on sale at $2.99 from Barnes & Noble.


“Tiernay Rae brightened up your day, did she?” Anna mumbled to his retreating back.  “Some people just don’t have any sense.”  She forked up some omelette and ground it between her teeth.  But, thinking of Greg and his hand-kissing, she smiled.

Posted by Cathy Spencer, Author at 07:37