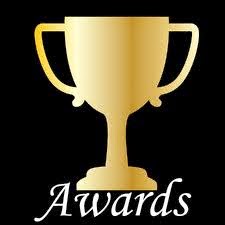 I decided to start a discussion group on Goodreads where books that have been nominated for 2014 literary awards could be posted to bring them to the attention of readers. The first topic under this discussion group concerns the 2014 Bony Blithe Award for Light Mystery.

The award will be announced on June 7 at the Bloody Words conference banquet at the Hyatt Regency Hotel, 370 King Street West, Toronto, ON. The meet-and-greet begins at 6 p.m., with dinner at 7 p.m.

Framed for Murder, the first book in my Anna Nolan mystery series, is one of the five finalists nominated for the award. (For purchase information, click on the "Bookstore" tab on this site.) Here's a synopsis and the first two chapters.


Anna Nolan discovers her ex-husband, Jack, on a deserted country road one night; dead, unfortunately. To divert the suspicion of the tall, cool Brit investigating the crime, Anna delves into Jack's personal life, only to discover that the actor had been romancing three very different women on a nearby film set. But had Anna better be careful - one of them could be a killer!

It was dark.  The road was slick from an earlier rain, and damp leaves squelched underfoot.  Wendy, my three-year-old, shepherd/labrador cross, trotted ahead of me down Wistler Road.  I would have worried about walking alone on a dark country road almost anywhere else, but Crane was a small town and its crime rate was practically non-existent, so I felt safe.  Still, it wouldn’t do to take a tumble on this moonless night, so I was being careful.
I heard Wendy snuffling and digging at something up ahead in the bush.  Removing the slim flashlight that I always carried on our bedtime walks, I shone the beam in her direction, afraid that she had found something disgusting to roll in just before bed.  Nothing like having to deal with a stinking, soaking-wet pet when all you wanted to do was crawl under the covers.
“What did you find, girl?” I called.  The noise stopped, and I waited for her to pop out of the trees and trot back to me, but she didn’t appear.
“Come here, Wendy,” I called.  All was still, and then I heard a piercing howl that made my hair stand on end and my breath catch in my throat.  It was a primitive, uncanny sound, and it unnerved me on this lonely stretch of road.
“What’s gotten into you?” I muttered.  Stepping up to the trees, I peered into the dense shadows.
“Wendy?”  She whined softly, and I sidled between the trees, picking my way through last year’s undergrowth.  She was up ahead in a small clearing.
“Come on, girl,” I commanded.  Instead, Wendy lowered her head and nosed at something on the ground.  I trained my beam downward, and jumped.  It was a man.  He was lying face down, dressed in jeans and a black leather jacket, his arms lying straight beside his body.  He wasn’t moving.
“Hello?” I called, “are you alright, Mister?”  There was no response.  I wanted to turn and run, but forced myself to creep closer for a better look.  Taking a deep breath, I crouched down beside him.  His hair was dark and wavy with silver flecks in it, but I couldn’t see his face.  Wendy leaned against me and nudged my neck with her wet nose.  All I could hear was my own pulse roaring in my ears.  I reached out to touch the man’s hand, and snatched my own back again.  His skin was cold, too cold.  I knew that I should check to see if he was still breathing, but the thought of turning him over repulsed me.  Sick with dread, I reached for his shoulder and rolled him over anyway.
I gasped and sprang back a few steps, horrified when his eyes seemed to stare straight up into mine.  Wendy barked and shot past me into the trees.  I took a few deep breaths and shone the light full into his face.
“Holy shit,” I whispered.  Sculpted cheek bones, blue eyes, generous mouth.  It was Jack.
I stared down at him.  My ex-husband, whom I hadn’t seen for four years, was lying dead beside this country road in the middle of the Alberta Foothills, and I didn’t have a clue how he had got here.
Looking past his face, I spotted a hole in the front of his jacket, right over the chest.  I pulled the jacket open with hands that wouldn’t stop trembling.  The grey shirt beneath it had a big patch of dried blood spread across the front.  I stumbled back a step, a wave of nausea overwhelming me.
Something crackled in the undergrowth behind me, and I whirled around.  A brilliant light flashed in my face and blinded me.  I threw up an arm to shield my eyes, but the light dropped and inched along the ground, coming to rest over Jack’s body.  I pointed my own light at the black shape advancing toward me.  Wendy crept toward him with a menacing growl, her jowls dragged back over her teeth, but the man didn’t budge an inch.
“Anna Nolan, what the hell did you do?” he asked.

(Anna and her friends are back for more adventures in Book Two of the Anna Nolan Mystery series, Town Haunts. For purchase information, click on the "Bookstore" tab on this website.)

If you would like to be contacted when new books are due for release, please leave your name and e-mail address with the "Contact Cathy" app to the right of this post.
Posted by Cathy Spencer, Author at 14:32