Famous Fashions at the Oscars

Of course I'll be tuning in to the 87th Academy Awards tomorrow night (Sunday, February 22, 2015); I've been watching the show for years. And while there have been a plethora of beautiful gowns worn by actresses over the decades, I thought it might be fun to look back at some of the more memorable Oscar fashions - or outfits that stick out in my memory, at least. You'll notice that I say "outfits" because not all of the ensembles were dresses.

I wasn't around for the 1947 show, of course, but I've seen pictures of the gown Loretta Young wore. This is the only image I could find that shows off the incredible colour. Yowza! Next are the famous see-through pyjamas that caused a furor when Barbra Streisand accepted the Best Actress Oscar at the 1968 show. I think they would still get a lot of buzz today. 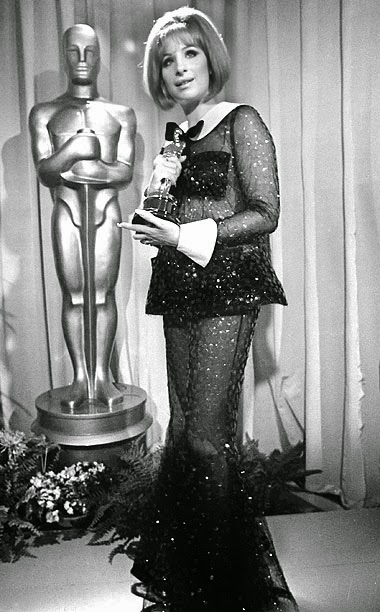 Cher was a stand-out in this Bob Mackie number as she presented the Best Actor Oscar in 1986. She got a laugh when she said, "As you can see, I did receive my Academy booklet on how to dress like a serious actress." 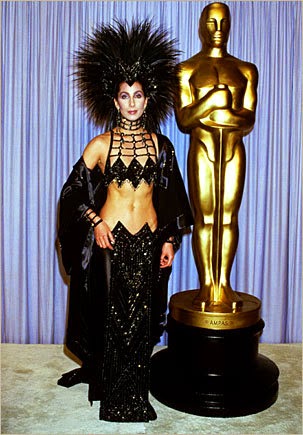 Madonna played a Marilyn-Monroe look-alike in the movie Dick Tracy and performed "Sooner or Later" from the movie at the 1991 awards ceremony. 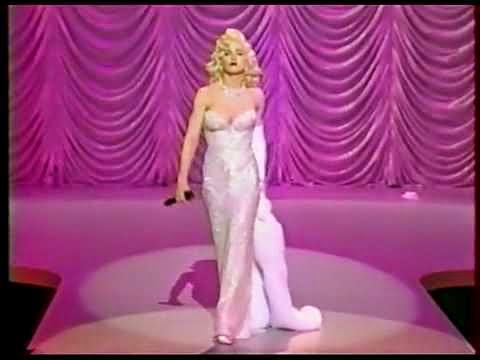 Gwyneth Paltrow was pretty in pink  when she won the Best Actress Oscar for Shakespeare in Love in 1999. 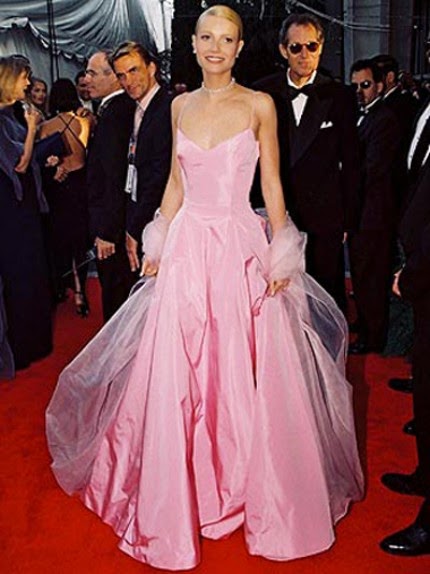 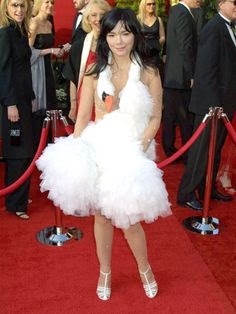 Who can forget the exotic dress Halle Berry wore to win the Best Actress Oscar in 2002? 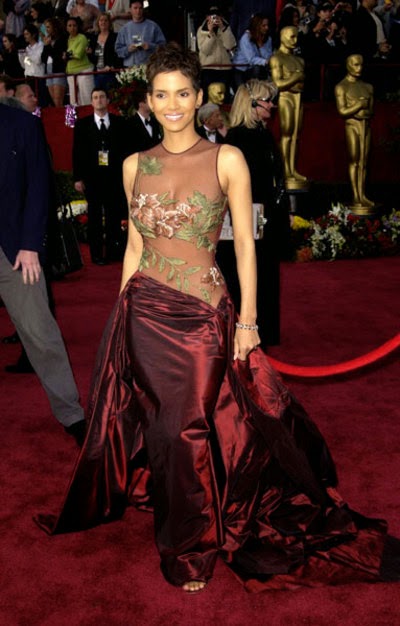 Hilary Swank appeared to be conservatively dressed in this navy gown at the 2005 awards. Until she turned around, that is. 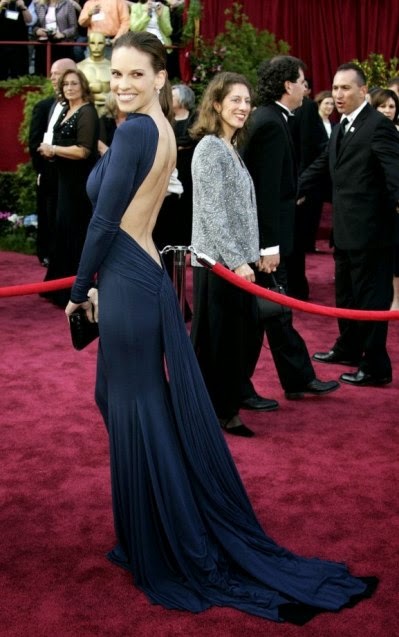 And we'll always remember Jennifer Lawrence literally tripping up the steps to accept her Best Actress Oscar in 2013. But she laughed, and everything was alright. 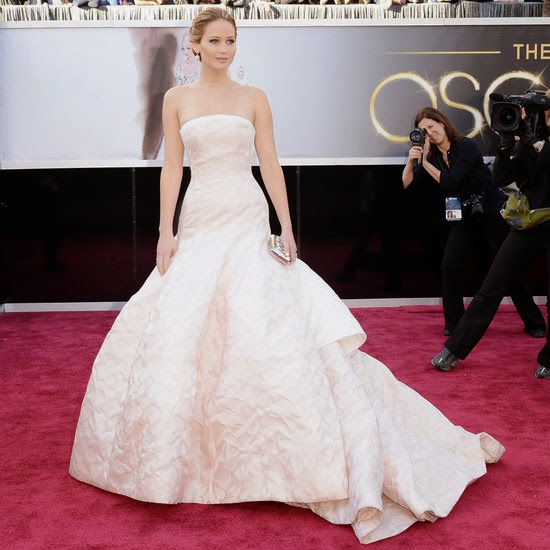 If you would like to receive an e-mail when a new Cathy Spencer novel is released, just leave your name and e-mail address with the "Contact Cathy" app to the right of this post.
Posted by Cathy Spencer, Author at 17:16