Once an author  begins to feel more secure in her craft and has a few published titles to her credit, the next thing she starts to feel anxious about is discoverability. This is especially true of an indie-published author because she doesn't have the promotional assistance of a traditional publishing company behind her. What is the good of having a writing career, she asks herself, if people aren't finding her books? She knows she must be patient - it takes time to build an audience - not everyone can be on the bestseller's lists with her first book - but she must do something to help her readership grow besides writing and publishing the next book. So she tries all sorts of things - guest blogging, scrambling after book reviews, running sales, contests, and giveaways, and buying what ads she can afford - but it is slow going.

One day she reads about Wattpad in an article about indie publishing. She has heard about it, but never tried it. In this article, she discovers how a first-time author posted her romance, chapter by chapter and for free, on Wattpad, building a readership of ten million people before publishing it on Smashwords, where it became one of the site's top-selling romances and one of Smashwords'  twenty-five best-selling titles. Not only did the new author get all kinds of input from the Wattpad readers about what they liked and didn't like about her book as she was writing it, but all kinds of buzz to help promote it when she was ready to publish.

By now you've guessed that the author who is trying to increase her discoverability is me. I write in two different genres, mystery and romance. The mystery series I write, now in its third installment, is doing fine. It's thrilling when I see the second and third books selling separately, which means that people enjoyed the first book and are buying the rest of the series, or when, glory be!, someone buys all three books at once. In the romance department, however, things are a bit different. I've written two stand-alones, one a sweet regency, and the other a contemporary romantic comedy, so they don't have the support of a series going for them. The regency does okay - sales are slow but steady - but my contemporary romance, The Dating Do-Over, which came out last September, could use a boost. And what better place to try it out than on a website with a built-in audience?

Serialization has been successfully done before. Charles Dickens, as a matter of fact, published all of his novels as serials first. But he was printing them in newspapers or magazines and getting paid as he grew his readership. I will not get paid for publishing The Dating Do-Over as a serial on Wattpad, nor am I willing to give away my book, a sacrifice, however, that some new self-publishing authors make when trying to build their readership. Suffice it to say, I would not ask you, if you were making bottles of ketchup for a living, to supply me with free ketchup.

However, I would be willing to publish half of The Dating Do-Over for free with the incentive of giving Wattpad readers a Smashwords coupon that would enable them to buy the entire e-book at a discounted price in the format of their choosing. I would do this on Amazon Kindle too, by the way, if they had a coupon system, but they unfortunately don't.

So here's how the experiment is going to work. The Dating Do-Over has thirty-one chapters. I'm going to post the first sixteen chapters on Wattpad, one chapter twice a week for eight weeks. Let's choose the days now. I will post a new chapter each Sunday and Wednesday. The e-book is priced at a competitive $3.99. For the first 3 weeks, I will offer Wattpad readers the opportunity to purchase the entire book for just $0.99 with a Smashwords coupon. In return, all they will have to do is visit this website, click on the "Contact Cathy" at the top right of the page, leave me their name and e-mail address, and I will e-mail them their Smashwords coupon. However, once the first three weeks are gone, the price of the book goes up $1. From week 4 to week 6, they can purchase the e-book for $1.99. That's half-price and quite a deal. From week 7 to the end of week 8, the Smashwords coupon will allow them to buy the e-book for $2.99. That's still a bargain at a third off the price. At the end of the 8 weeks, however, the coupon deal is over, and Wattpad readers will have to pay the regular price of $3.99 to purchase the e-book.

This is so exciting! I'm going to blog about how the experiment is going, so stay tuned to see how effective Wattpad can be. And just to show that I value my blog readers, I'm going to do the same thing right here. That's right, I'll be posting the same sixteen chapters, starting March 22 with Chapter 1, right here on my blog, and offering the same Smashwords coupon deal. So, if you'd like to read Chapter 1 of my romantic comedy, The Dating Do-Over, for free, and get a Smashwords coupon to buy the book at one-third off the price, come back tomorrow. Cheers! 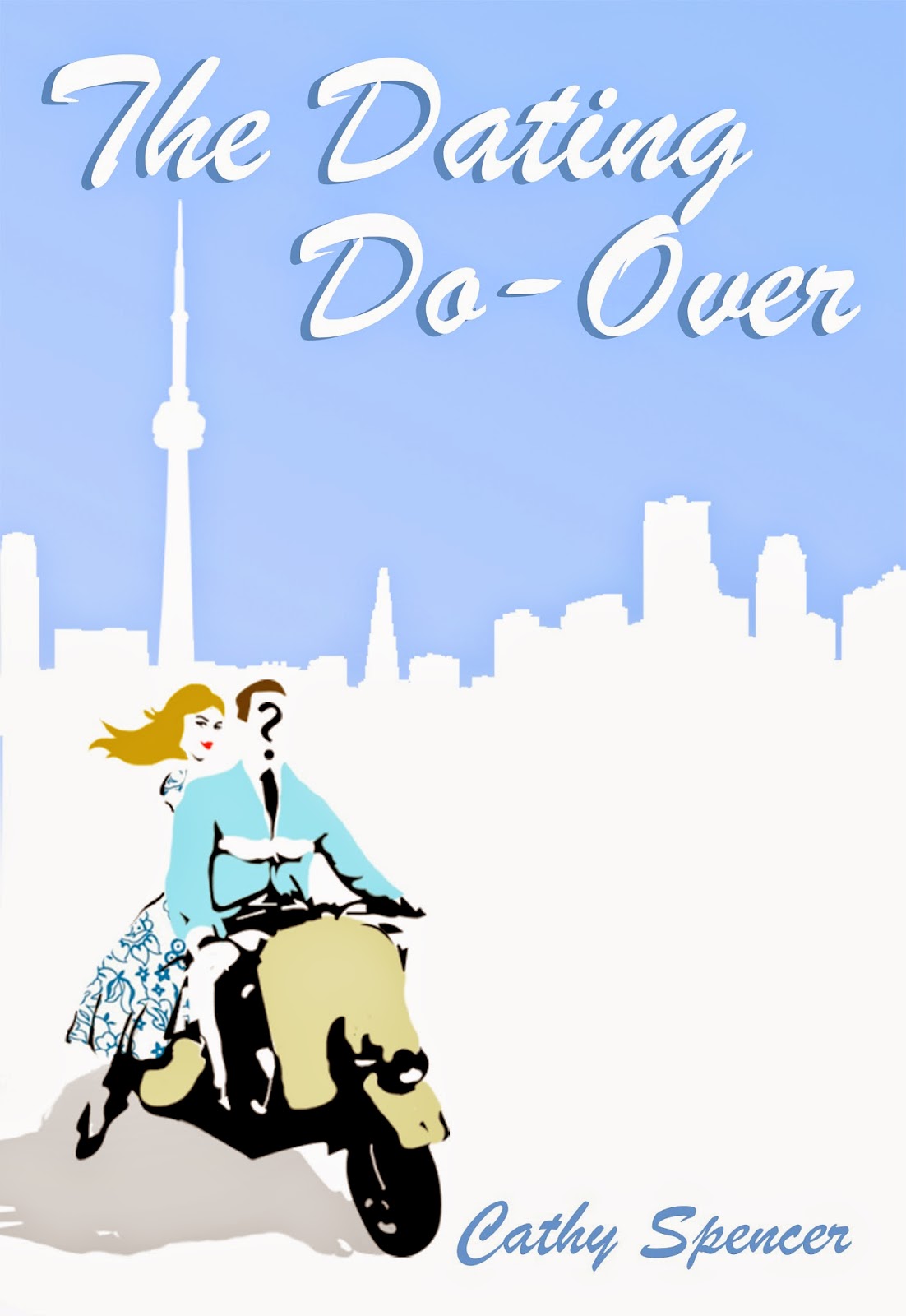 If you would like to receive an e-mail when a new Cathy Spencer novel is released, just leave your name and e-mail address with the "Contact Cathy" app to the right of this post.
Posted by Cathy Spencer, Author at 18:11