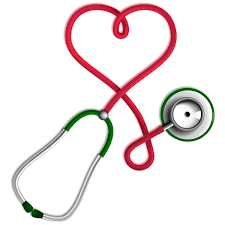 It was seven o’clock at night. Viv was sitting by her father’s bedside while he shovelled chicken, rice, and green beans into his mouth. He had had nothing but liquids all day in preparation for the procedures, and he was starving. Magda had stayed until Gabe was settled into his room, and then Viv had sent her home to rest. It had been a nerve-wracking day for the housekeeper, and she looked exhausted. There was a knock on the hospital room door, and Tom Lockhart looked in.
“Gabe, how’re you doing? Are you up for a visitor?”
Gabe waved his fork, gesturing for him to enter. “I’m doing okay, now that I can finally eat. How’s it going at the house? Did you finish the kitchen backsplash?”
“Yup. We just need the appliances now. So, what’s been happening with you?” Tom pulled up a chair, and Gabe explained about the angioplasty while finishing the food on his tray. The contractor looked like he had come straight from work, wearing dusty, paint-spattered jeans and a t-shirt. He settled back comfortably in his chair with one foot propped on the bed rail.
“Sounds like you’ll be out of commission for a couple of weeks. Might put us behind schedule.”
“No it won’t. I can still come to the house and help with the easy stuff, like the painting.”
Viv’s eyes flashed with anger. “No you won’t, Daddy. Didn’t you listen to the doctor? You’re going to stay away from the house for two weeks. I know you ‒ as soon as you’re back, you’ll be ripping out tiles and overdoing it.”
“Will not. Besides, Dr. Magoro told me to try to keep my stress levels down. Do you know how stressed out I’d be, sitting at home watching another mortgage payment fly by before the house even goes on the market?”
“Tom can take care of things, can’t he?” Viv turned to the contractor, who paused before answering.
“I can do most of it and bring in help when I need it, but your dad has to make some decisions first.” He looked at Gabe. “You said you wanted the paint lighter on this one. What colours do you want? And what about the tile for the bathroom floors and the showers? Then there’s the basement fireplace and the kitchen appliances.” He peered at Viv from under bushy black eyebrows. “Your dad makes the decisions, not me.”
“Don’t you work with an interior designer anymore?” Viv asked her father.
“Nah, just for the first two houses. After that, you get a feel for things, depending on how you want to price the house. It’s no big deal. I’ll drop by the building supply centre and order some stuff. I’ll do it tomorrow.”
“Oh, Daddy.” Viv sighed. “Look, I’ll help. How about if you tell me what you’re looking for, and I’ll visit the building centre to pick up some samples. Then you can choose the stuff you like, and Tom can buy it.” Her father looked uncertain. “I don’t mind. The term is winding down, and my reports on the kids are almost finished, so I’m not that busy. Besides, you always said I had good taste. This could be fun for me.”
“Well, if you’re sure you don’t mind,” Gabe said.
“Not at all. We can start tomorrow. If it’ll make you feel any better, I can help with the painting, too. How hard can it be?”
Gabe and Tom exchanged a glance. “That would be a big help, Peaches. Thanks. If you’ve got some paper on you, we’ll make a list of things you can look for tomorrow. You can stay for dinner afterward.”
“Sorry, I can’t stay for dinner tomorrow. I almost forgot. I’ve got a date.”
“Really?” Her father’s face perked up. “Who’s the guy?”
“A friend of Sabrina’s boyfriend. His name is Drew Collins.”
“What does he do?”
“He’s an executive recruiter.”
“Head hunter,” Gabe said with a frown. “I lost a lot of good people to guys like him over the years.”
“Maybe so, but Drew’s a nice man, and a real go-getter. Sort of like you. He drives a beautiful Maserati Quattroporte,” she added, hoping to impress him.
Tom nodded. “Nice ride.”
“Kind of flashy,” Gabe said. “Well, make sure he treats you well.”
“I will.” She kissed her father’s cheek. “Now, let’s get started on that list.”
Viv got home about an hour later, tired, but relieved that things had worked out so well for her father. The condo was empty; Sabrina was probably out with Rick. She microwaved a low-cal entrée for herself, and pulled out her laptop to check her e-mail. There was one from her mother. Viv sighed. Did she really have to deal with it tonight, or could it wait until tomorrow? Deciding that she’d worry all night if she didn’t read it, Viv clicked on the message.

As your father may have told you, I am flying to Toronto on Monday to meet with my Canadian distributor about the winter collection. I’ll be staying at the Castle Crest until Thursday, and would like to have dinner with you on Tuesday evening. I think it’s time we talked, don’t you? I’ll make the dinner reservation. Let me know if you will come, please.

I look forward to seeing you.

Mother
Viv frowned. So like her mother. No apology, no “how are you doing,” no information about what she wanted to talk about. Just a cold summons.
Viv shut down the computer. She needed some time to think before deciding how she would respond. Maybe she should finally face her mother, woman to woman. Tell her that there was nothing left between them, and that she never wanted to see her again. That would be satisfying, wouldn’t it? To give the ice queen some of her own back?
Or maybe it would be better to let loose and tell her mother what she really thought of her. Ask her how she could leave her husband and daughter behind ‒ her ten-year-old child ‒ for a career in New York. In shoe design, for heaven’s sake. It wasn’t as if Véronique had left her for something worthwhile, like doctoring babies in third world countries. Who the hell cared about wearing flats instead of three inch stilettos?
And not to bother coming home for Christmas or birthdays ‒ to send cards with cheques that were never cashed instead, not that Mother ever took the hint. And to show up for only two hours for her sweet sixteenth birthday party. They hadn’t had even a minute to talk alone before the airporter had whisked Mother away again.
Viv refused to even think about her university graduation; that always made her furious. The woman was a self-centred, selfish bitch who didn’t deserve three minutes of her time, let alone a whole dinner.
Viv breathed in deeply and exhaled slowly. She needed to calm down. She mustn’t let Véronique get to her like this. It only hurt her, not her mother. She took another deep breath and held it before exhaling.
Right. She obviously had some deep-seated emotions about her mother’s desertion, and she needed to deal with them. Just like the grieving process she had read about in magazine articles, she needed some closure. Maybe it would be best to see Mother one last time. Get some things off her chest. Close the chapter on her childhood and never think about it again. She must live in the present and envision a happy future.
She opened the computer and rebooted it. When her e-mail came up, she began typing.
Mother,

I will meet you in the lobby of the Castle Crest Hotel at 7:00 p.m. on Tuesday. Yes, I agree it’s time we talked.

(She had never liked the name, “Viviane.” Why had Mother named her that? Mother was only half-French, after all. She’d been born in Buffalo, for pity’s sake.) After a moment, Viv added a postscript.

P.S.
FYI, Daddy had an angioplasty today. The procedure appears to be successful.

There. Let her stew, if she had any compassion left in her cold, narcissistic heart for the man who was technically still her husband.
Viv shut down her computer and turned to a more pleasurable pursuit. She was going to make dinner for Drew tomorrow, and needed to consider some recipes. Was he more of a steak and potatoes kind of guy, or a salmon with raspberry coulis and couscous? Or how about spaghetti and meatballs ‒ she made a killer sauce, if she said so herself. But maybe spaghetti was the kind of thing a bachelor made all the time for himself? Better scrap the spaghetti.
She lay on her stomach on the futon, flipping through a cookbook. It was supposed to be cooler tomorrow with a chance of rain. How about pork schnitzel and potato salad? Who didn’t like that? She could team it with fresh asparagus. Done!


Glad to have made a decision, she made a list of ingredients to pick up tomorrow. Daddy was going to loan her his car to visit the building supply store, so she could pop into the grocery store on the way back. With that done, she padded barefoot into the kitchen to start the strawberry cheesecake she was bringing for dessert. She was going to impress the heck out of Drew Collins, or die trying!

Why does Viv's mother want to see her all of a sudden? Check back on Wednesday, April 29, for Chapter 12.
You can purchase the e-book for half-price at $1.99.  But hurry - the price will go up as more chapters are posted!

If you would like to receive an e-mail when a new Cathy Spencer novel is released, just leave your name and e-mail address with the "Contact Cathy" app to the right of this post.
Posted by Cathy Spencer, Author at 10:43