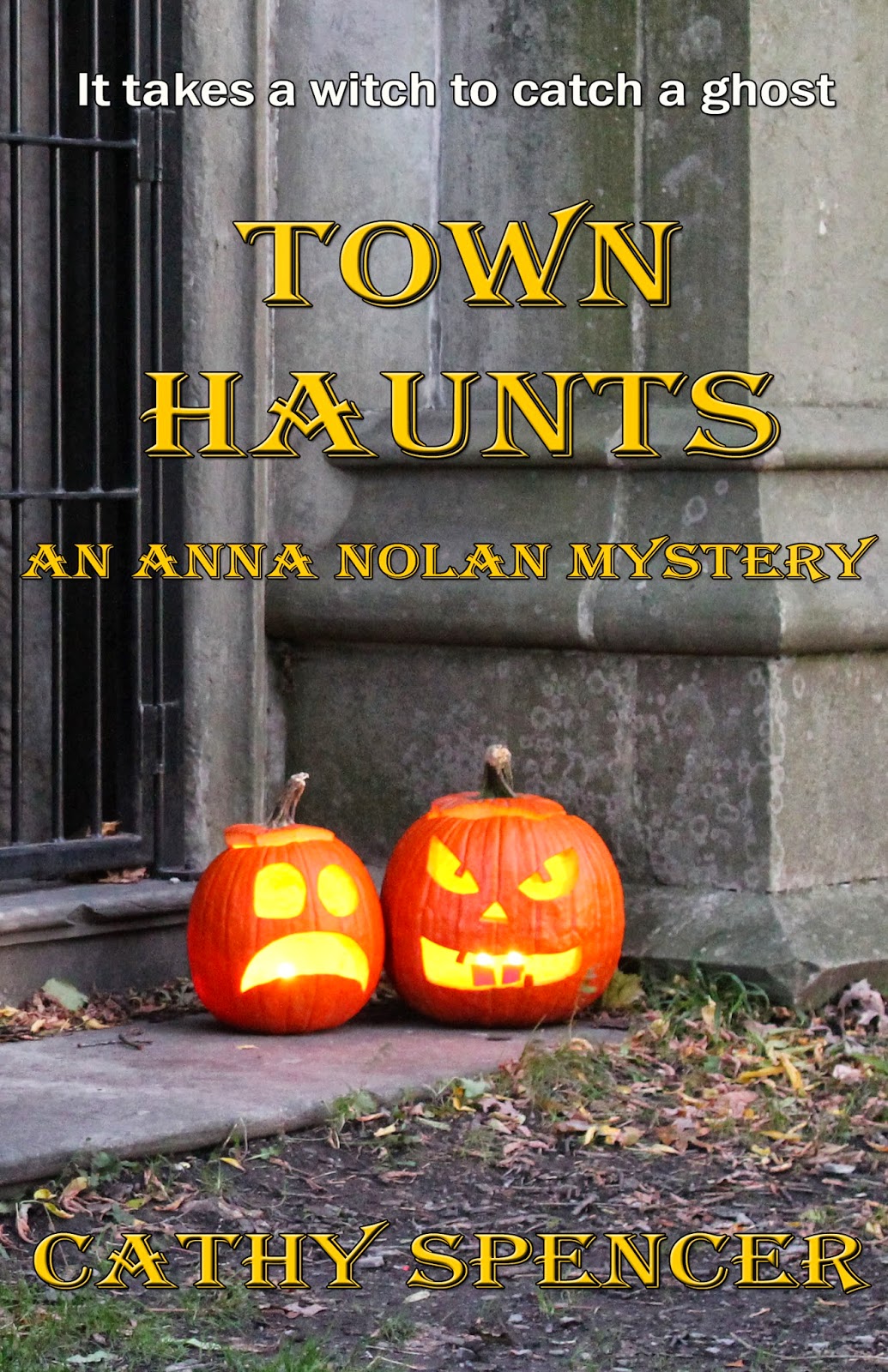 It takes a witch to catch a ghost.

Town Haunts, the second book in the award-winning Anna Nolan mystery series, is a fun, spooky read without the gore.

Cemetery caretaker Sherman Mason is horrified to hear his dead wife calling to him from her grave.  He asks newcomer Tiernay Rae, a gorgeous witch and proprietor of the Healing Hands store, to hold a seance to find out what’s troubling his wife’s ghost.  Tiernay needs a coven to focus her powers, however, so her roguish brother, Greg, suggests that Anna Nolan and her two friends help ‒ “the maiden, the mother, and the crone” as he calls them.  But with Halloween fast approaching and the seance unleashing a malicious evil in the small town of Crane, can Tiernay stop it before someone gets hurt, or even killed?

If you would like to receive a note when a new Cathy Spencer novel is released, just leave your name and e-mail address with the "Contact Cathy" app to the right of this post.
Posted by Cathy Spencer, Author at 06:49