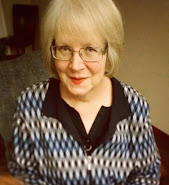 Winner of the 2014 Bony Blithe Mystery Award for Framed for Murder.

Reading has always been important to me. As a youngster, I cut my teeth on the Nancy Drew girl-detective mysteries before continuing to the Sherlock Holmes series, Jane Eyre, Pride and Prejudice, and Persuasion. Why does a young person read the classics? I guess the romance of these stories and the historical flavour appealed to me. At the same time, I was devouring all of the Agatha Christie novels, and later came to appreciate Dorothy Sayers' Lord Peter Wimsey and Margery Allingham's Campion stories. Reading Christie, Sayers, and Allingham, the three grand dames of English mystery, taught me a great deal about plotting and suspense.

I began writing my first novel, an historical romance called The Marriage Market, in 2008, and loved the creative process. While writing The Affairs of Harriet Walters, Spinster and Framed for Murder, some of my short stories were published, and I signed on with an e-book publisher, only to go with self-publishing in the end. I like the control that self-publishing provides, although it is tough having to do all the promotional work myself.

The next step was to create my own publishing company, Comely Press, to e-publish my novels and two collections of short stories, the Tall Tales Twin-Packs, and to publish my novels in paperback.

Framed for Murder is the first story in the Anna Nolan amateur sleuth mystery series. The next two books, Town Haunts and Tidings of Murder and Woe, both have holiday themes as one is set at Halloween and the other at Christmas. Poor Anna, she's had such a busy year!

I released a stand-alone contemporary romance, The Dating Do Over, in 2014, and am currently revising The Marriage Market. I have plans to write two more instalments in the Anna Nolan series, plus there's an historical mystery series in the works.

It's all a great adventure, and I hope to still be writing and publishing in my "golden years."


If something I write inspires you to leave a comment, please do so.

Connect with me at: