Sneak Preview of "Tidings of Murder and Woe" 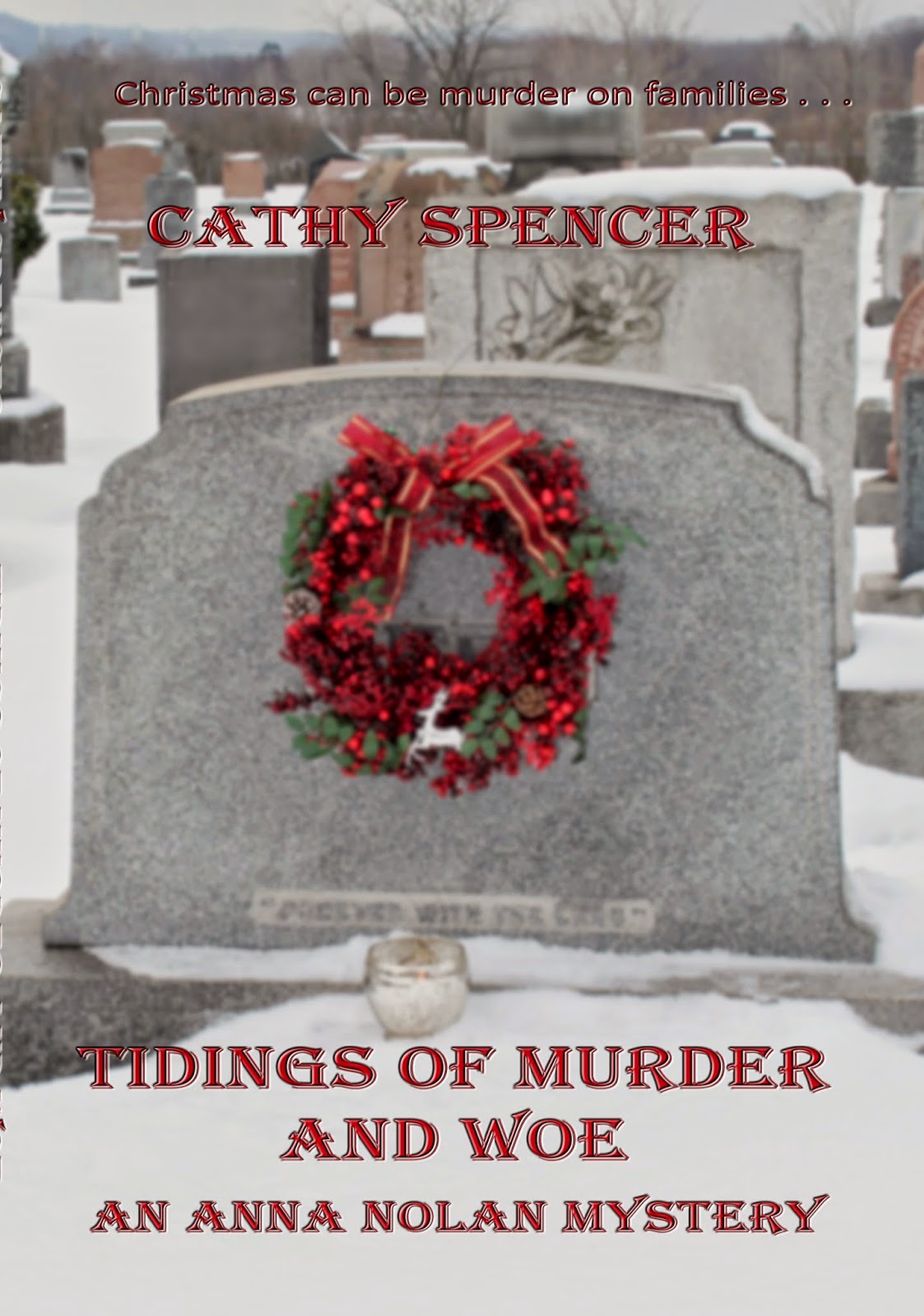 Tidings of Murder and Woe, the third installment in the award-winning Anna Nolan Mystery Series, is coming out in e-book and paperback format on December 4, 2014. Here's the first two chapters, plus synopsis. For purchase information, click on the "Bookstore" tab of this site. (Note: Apple iBooks and Kobo to be added when available.)

Christmas can be murder on families, especially when your mother is Julia Moreland, the CEO of a big oil company. Julia has a secret she’s about to announce to the press, but someone is sending her threatening notes to keep her mouth shut.

Julia’s stepson is dating Magdalena, Anna Nolan’s boss. Anna has already outwitted death twice this year and her nerves can’t stand much more. Besides, all she wants for Christmas is to spend time with the two men in her life. So when her boss turns to her for help, Anna is reluctant. Still, curiosity is her downfall and sticking her nose in where it isn’t wanted her forte.

Tidings of Murder and Woe is a page-turner with plenty of plot twists, dashes of humour and romance, and even a little Christmas baking.


Deciding to stay for another ten minutes, Anna settled back in her chair and hummed along with the Christmas music, watching the other guests swirl around the dance floor in their elegant gowns and tuxedos. Which is why she had such a good view when Julia Moreland collapsed.