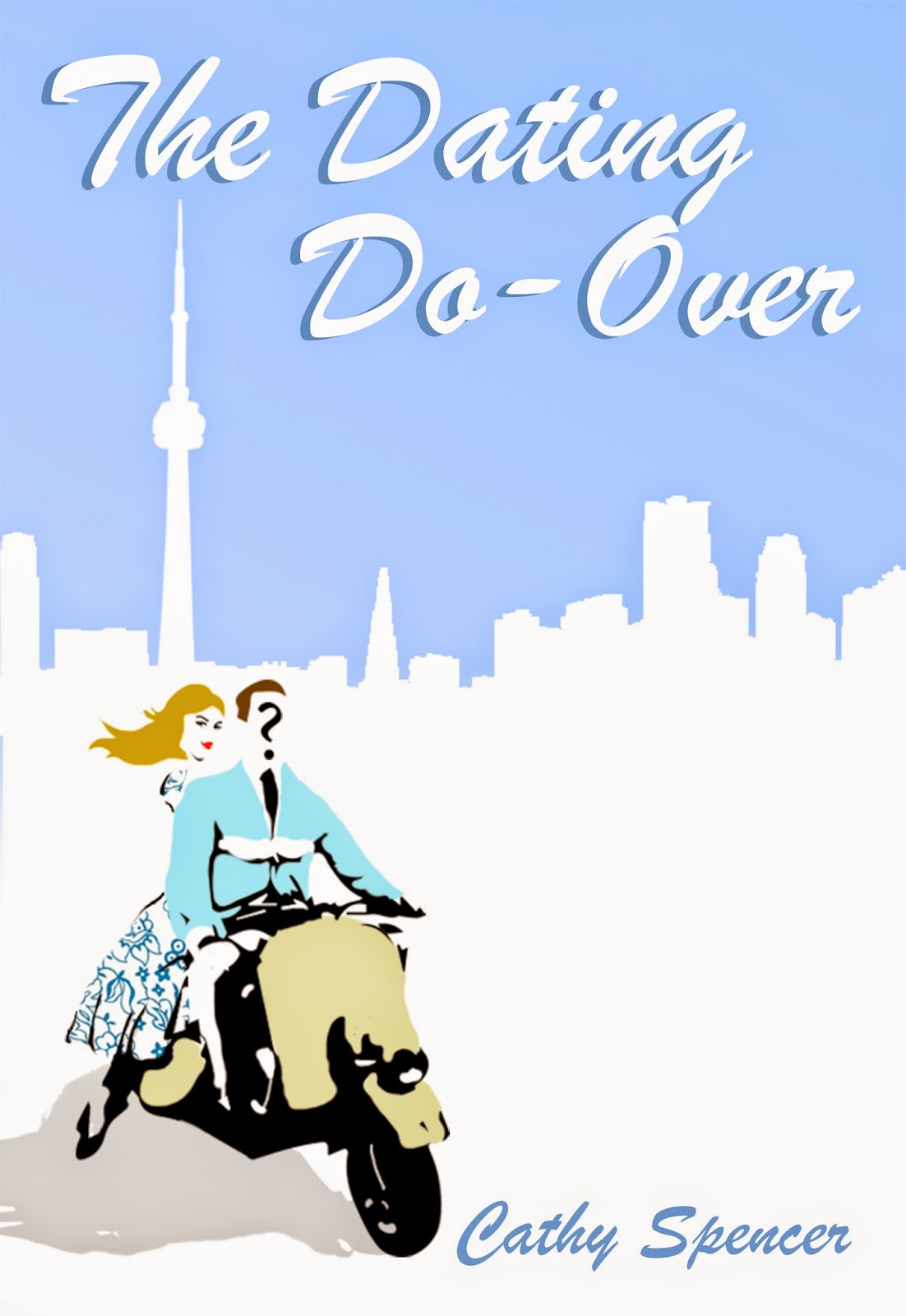 As I promised you in yesterday's post about the "Wattpad Experiment," I'm going to be posting the first half of The Dating Do-Over, one chapter twice a week, from March 22 until May 16.  Chapters will be posted on Sundays and Wednesdays, so stay tuned.


Cover design by Design Your Cover

During the Women’s Liberation movement, women were told that they could have it all.
Later, they discovered that having it all was exhausting.
This book is dedicated to all those women who still haven’t figured out what they want.

Viviane Nowak hummed as she toted the bulky grocery bags up the last few stairs to her second-floor apartment. She was looking forward to impressing her boyfriend, Kyle, with a gourmet dinner. Pausing to unearth her keys from the abyss that was her purse, she wrestled the door open and kicked it shut behind her. Oops, the message light was blinking on the phone. Carefully depositing the bags on the living room floor, she plunked herself down on the sagging couch, kicked off her shoes, and called voice mail.
“You have one new message. Message received at 10:15 a.m.,” the automated voice intoned.
“Hello, Mr. Weaver? This is Dennis calling from Superior Jewelers on Thursday morning. Just wanted to let you know that the special item you ordered came in and is ready for pick up. The number here is 1-800-555-0199. Let us know when you’re coming. Talk to you soon. Bye!”
Viv inhaled sharply and punched in the number on her phone, her heart fluttering with excitement as she waited for the call to connect.
“Hello, Superior Jewelers? Is this Dennis? Hi, I’m calling on behalf of Kyle Weaver. You left a message for him on his home phone. He was on a flight from Vancouver this morning. He’s been by the store already? Oh, that’s great. I was afraid he wouldn’t get the message in time. By the way, I’m Kyle’s girlfriend. I don’t suppose you could tell me what the ‘special item’ is he ordered? What’s that? Yes, there are lots of secrets on Valentine’s Day. No, I understand. Okay. Thanks. Bye.”
Viv ended the call and sat still while the information that Kyle had special-ordered something from a jewelry store sank in. Three seconds later, she was bouncing up and down and shrieking with joy while the sofa springs groaned in protest. Forcing herself to calm down, she called one of her two best friends. The phone rang twice before it was picked up.
“Julie, guess what,” Viv blurted.
“Heddo?”
“Olivia, is that you? It’s Viv. Where’s your mommy, honey?”
There was the sound of footsteps crossing the floor and a voice saying, “Did you answer the phone, Olivia? Give the phone to me, honey,” while the two-year-old squawked, “Heddo? Heddo?”
Finally, a voice said, “Hi, it’s Julie.”
“It’s me. You’ll never guess what happened.”
“What?”
“There was a phone message for Kyle from a jewelry store when I got home.”
“Really? What’d it say?”
“It said that the ‘special item’ Kyle had ordered was in.”
“What do you think it was? Wait, you don’t think?”
“I do. I think that Kyle bought me an engagement ring!”
“Oh, sweetie, that’s fabulous! I’m so happy for you! How romantic.”
“I know. It’s just perfect. The most wonderful man in the world is going to propose to me on Valentine’s Day. This is going to be the happiest day of my life.”
“What about the job interview? Has he called yet?”
“No. We agreed not to talk about it until he got home from work. He doesn’t want anyone to suspect he’s applied for a new job until he’s sure he got it.”
Something clattered to the floor in the background, and Julie said, “No, Olivia, wait for mommy. Viv, I’ve got to run,” she said, returning to the conversation. “I promised Olivia we’d make cookies, and she’s getting antsy. But I’m so pleased for you. It’s about time Kyle proposed.”
“I know, but he’s been worth the wait.”
“Uh huh. Call me tonight, if you get a chance. Let me know if Kyle got the job, and what the ring looks like.”
“I will, if I can, but I’ve got a feeling that we’ll be doing some pretty heavy celebrating.”
“I bet. See you at school tomorrow.”
“Bye, Julie.”
Viv put down the phone and stared around the apartment in a happy daze. It had been their little love nest for the past six years. Sure, the walls needed a fresh coat of paint and the furniture was mostly shabby hand-me-downs from their university days, but Kyle had insisted that they not go into debt buying new stuff until he had finished articling and she had a permanent teaching job. Later, when their careers were established and they could afford a roomier apartment, he had convinced her to spend their money paying down his student loans ahead of schedule so they could save on the interest. He was so smart with money and so disciplined; not like her, having trouble sticking to a budget. She was lucky that Kyle was planning for their future.
She smiled at the place fondly; they had made a lot of happy memories here. Part of her would be sorry to say goodbye if he got the job in Vancouver. It would be really tough leaving her friends and her father behind, not to mention the kids at school, but entertainment law was a competitive field, particularly here in Toronto, and this opportunity could be a real boost to his career. Oh, she could hardly wait until Kyle got home and told her what had happened!
Viv glanced at her watch. Five fifteen! Less than two hours to prepare dinner and do her hair and make-up. She wanted to look especially pretty for when he proposed. This was going to be a memorable evening for both of them, one they could share with the grandkids someday. Scooping the bags up off the floor, Viv trotted into the kitchen to start dinner.

For Chapter 2, check back on Wednesday evening!

As of today, I will also be offering you, my loyal blog readers, a Smashwords coupon that will allow you to download the entire e-book in the format of your choice for just $0.99! All you have to do is click on the "Contact Cathy" app at the top right of ths page, leave your name, e-mail address, and a message saying you want The Dating Do-Over Smashwords coupon, and I'll e-mail it to you ASAP. But hurry! The price will go up as more chapters are posted.

If you would like to receive an e-mail when a new Cathy Spencer novel is released, just leave your name and e-mail address with the "Contact Cathy" app to the right of this post.
Posted by Cathy Spencer, Author at 11:41