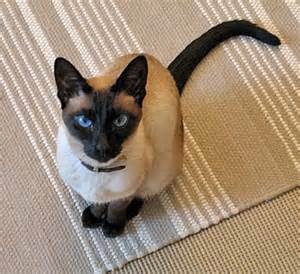 “Hey, Viv, I’ve got some good news,” Julie said in the lunch room on Monday. She had just heated up some chili in the microwave and sat down at the table beside Viv to eat it. Viv was taking a bite from her egg salad sandwich.
“What is it?” She looked up, licking mayonnaise from her lips.
“Do you remember me telling you about Fred Shiner, the University of Toronto ancient history professor I met last year?”
“The one with the cat with the funny name?”
“Constantine. Anyway, Fred’s going to Greece for a year on sabbatical. He’s leaving next week. The man who was supposed to be renting his house just backed out with some health problem or other, so Fred’s desperate for somebody to rent his house right away. It’s furnished very nicely, plus it’s only six blocks from school. You can walk it in ten minutes.”
Viv put down her sandwich. “What’s he asking for the rent?”
“Only a thousand a month, plus utilities.”
Viv’s eyes opened wide. That was amazingly low for a house rental.
“What’s the catch?”
“There’s no catch. Fred’s pretty finicky about who he rents to because he’s got a lot of antiques. You’d have to water his plants and take care of his cat. I hear that Constantine’s a little difficult to get along with, but he’s only a cat. I was over there once, and I didn’t even see him.”
“I can get along with a tarantula for a furnished house six blocks from school and only a thousand. Is it detached?”
“Yes.”
“Two-storey?”
“Two and a half.”
“When can I see it?”
“Tonight. I told Fred we’d come over after dinner. He’s very excited to meet you. I talked you up a bit.”
Viv smiled broadly. “Thanks, Julie. It sounds like a wonderful opportunity.”
“That’s all right. I owe you.” She looked across the table at a third grade teacher who was reading a novel and picking at her salad. The woman was notorious for spreading gossip. Julie leaned forward to whisper in Viv’s ear, “Because of Josh.”
“You don’t owe me for Josh. I enjoyed meeting him,” Viv said in a low voice. “It’s too bad he reminded me so much of my first boyfriend. The resemblance was uncanny. I just couldn’t warm up to Josh after what Justin did to me.” She faked a shiver of distaste.
“Well, if the chemistry isn’t right, there isn’t much you can do about it. As my Italian grandmother used to say, ‘You don’t visit a garden that has no flowers.’ Whatever that means. But Josh must have liked you a lot if he pretended to be coming onto me just to make you jealous.” She elbowed Viv. “It wasn’t very mature of him, but you must have felt good when you found out. That Josh liked you so much, I mean.”
“I did,” Viv said with a rueful smile. “Now, tell me more about the house.”

The Dating Do-Over is available as an e-book for one-third off the price at $2.99.  But hurry - the sales price will be over when the preview chapters end on May 13.

Posted by Cathy Spencer, Author at 03:24