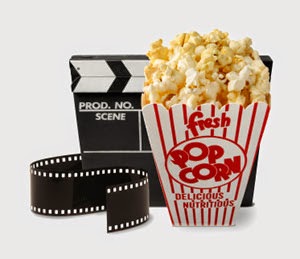 Every Christmas season, my two grown-up daughters insist we watch the following movies. Most of them are fun for kids as well as for adults, although you may want to hold back on the last movie until your kids are older. See if your list matches ours. 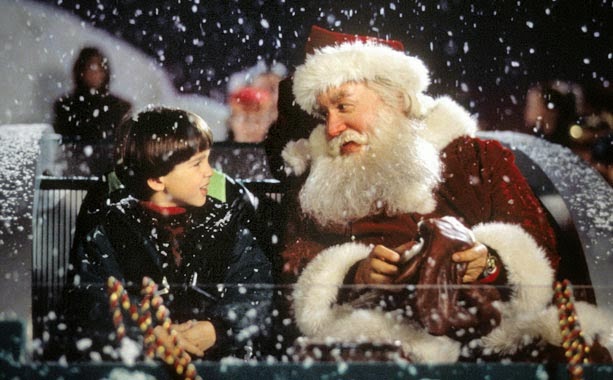 Santa falls off Tim Allen's roof, and Tim becomes the big guy. My younger daughter developed a crush on David Krumholtz as Bernard, the arch-elf, in his days before the TV series, Numb3rs. 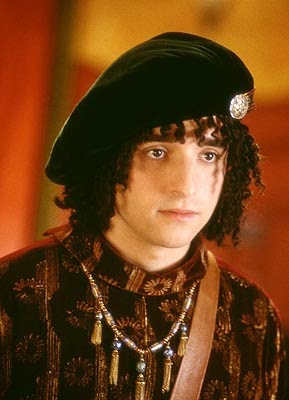 #2 How the Grinch Stole Christmas 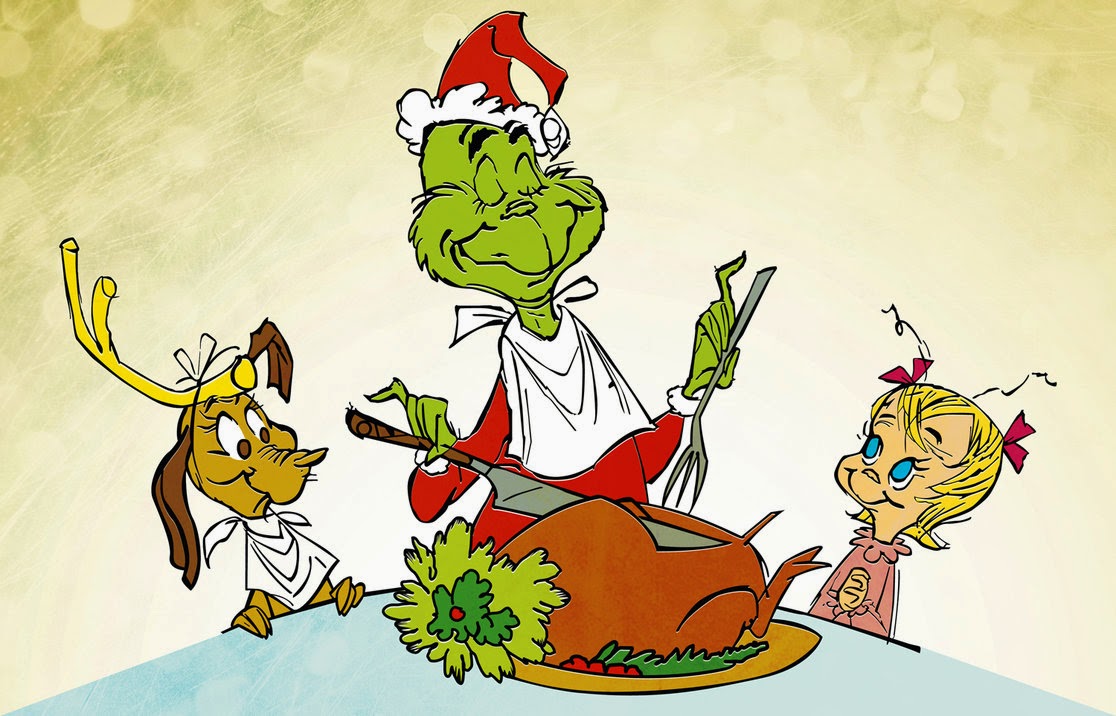 The cartoon version of the Grinch from the classic Dr. Seuss book. Boris Karloff narrates. Theodor (Dr. Seuss)  Geisel also wrote the lyrics for that memorable song, "You're a Mean One, Mr. Grinch."

#3 How the Grinch Stole Christmas 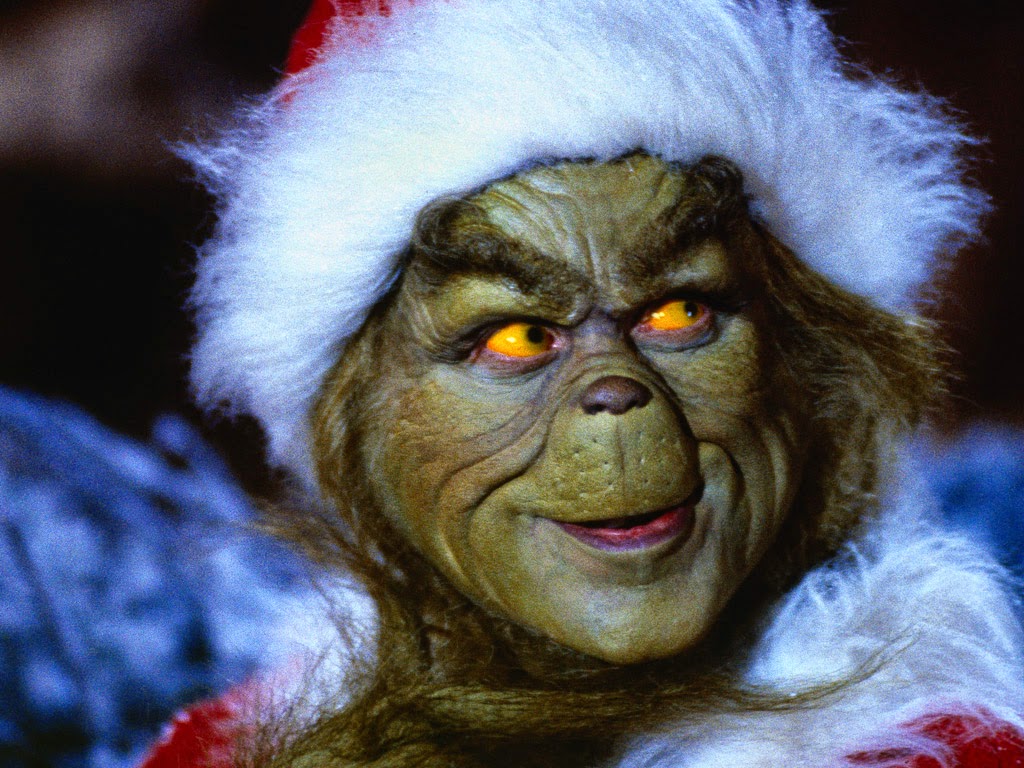 Apparently you can never have too much Grinch. This one is the hilarious Jim Carrey version with Jim stealing the movie with his over-the-top antics, although it's hard to take your eyes off Christine Baranski as the sexy object of his affection, Martha May Whovier. 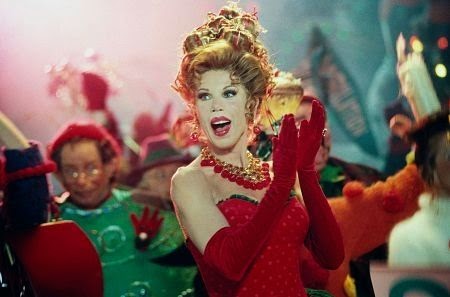 Christine Baranski as the lovely Martha May Michael Caine plays Ebenezer Scrooge with Kermit as the good-natured Bob Cratchit and Miss Piggy as his feisty wife. There are lots of songs and laughs added to this adaption of the Charles Dickens' classic tale.

#5 A Child's Christmas in Wales 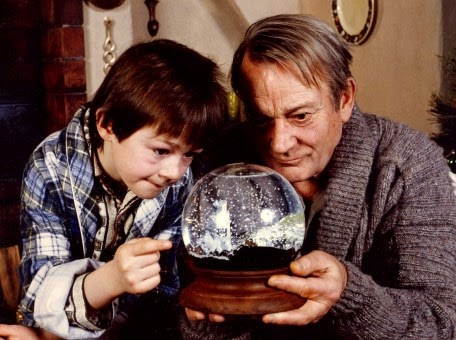 After all the high emotions and zaniness of the former films, it's nice to have a change of pace with this movie adaptation of the classic Dylan Thomas poem. A grandfather shares his recollections of Christmas while growing up in a small town in Wales. We had to order this DVD from an online retailer, however; I don't think I've ever seen it on TV. 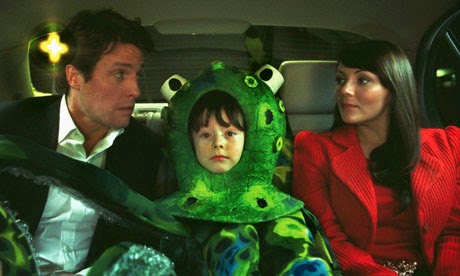 Warning: because of the sexual content, you will not want to share this movie with the kiddies, so wait until after they've gone to bed to enjoy it. There are several story lines with lots of romance, humour, and tugging of the heart-strings. The cast is fabulous with Liam Neeson, Emma Thompson, Alan Rickman, Hugh Grant, Laura Linney, Martin Freeman, Colin Firth, Bill Nighy, Rowan Atkinson, and too many more to mention.

If you would like to receive an e-mail when a new Cathy Spencer novel is released, just leave your name and e-mail address with the "Contact Cathy" app to the right of this post.
Posted by Cathy Spencer, Author at 08:24